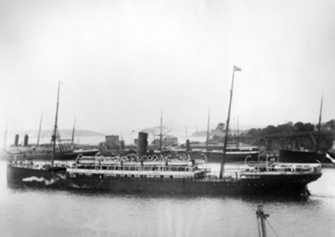 renamed Santiago. Sold to Chilean owners, in 1909 and renamed Armonia. Torpedoed and

sunk by a German submarine in the Mediterranean on March 15, 1918.